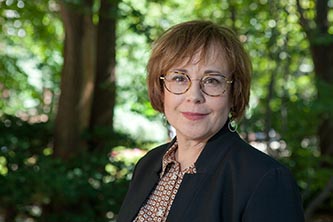 Brenda received her MFA from Cal Arts and an interdisciplinary PhD in women’s and gender studies, history, and theatre and performance from Brown University. She is an associate professor in performing arts at Emerson College. Brenda was previously named the Carol L. Zicklin Endowed Chair at Brooklyn College (2016-2018) where she taught disability studies seminars and was a professor of theatre and gender studies at Marlboro College in Vermont. Her first book, Undressed for Success: Beauty Contestants and Exotic Dancers as Merchants of Morality (Palgrave) examined the historical links between beauty pageants and striptease and her current book project, A Legacy of Violence: Women, Mental Illness, and Performance (under contract with Routledge), is an exploration of the violence inherited from our asylum history in cultural representations of women and mental illness. Brenda has also been named editor of the new Routledge Series in Equity, Diversity, and Inclusion in Theatre and Performance.